CHIRLA organizes immigrants and their families to fight harmful policies and demand equity and justice from our government.

All the rights enjoyed by citizens and immigrants in this country result from the organized work and the struggle of people of color; civil rights, women's rights, and labor rights are not a gift from those in power. The people affected have understood their claims, fought for those rights, and won them. Together, we unite to bring about a just society, fully inclusive of immigrants.

CHIRLA  organizes communities in California through groups centered on location and shared interests, carrying out campaigns with defined goals. Our groups are:

Learn More about Wise Up!

Our program to mobilize college students in 30 California colleges and universities around immigration reform. CDN, with 5,000 veteran trained leaders, has led our advocacy around the Deferred Action for Childhood Arrivals (DACA) program.

Unstoppable Dreams fights for the future of the Deferred Action for Childhood Arrivals (DACA) program, which has granted young undocumented immigrant students conditional legal status and work permits, allowing them to improve their families’ economic situation and giving them new opportunities. People with DACA have become our colleagues and neighbors across the nation, and they are essential workers. Current goal: pass the Dream and Promise Act (HR6), which gives people with conditional status a path to citizenship, in the Senate.

Learn More About CDN
Apply for or Renew your DACA

From its beginning, CHIRLA organized and mobilized families to push for better immigration policies. This meant working with family members of different ages, sexual identities, ideologies, and immigration status. We help them see their unique abilities and then use them to benefit their community.

The 2020 Census counts every person living in the U.S. Contamos Contigo focuses on reaching out to hard to count communities to make sure everyone is counted in the 2020 Census, to ensure our communities get the resources they need. If we aren’t counted, we don’t get the schools, family clinics, and hospitals our community so desperately needs.

CHIRLA is a longtime leader in organizing low-wage workers, including day laborers, street vendors, and domestic workers who do not reap the benefits of labor laws. We help them connect with and enlist lawmakers in their struggle.

Aims to transform the domestic workers’ industry by informing workers of their rights under labor laws to achieve decent working conditions together with partners and employers.

In partnership with state ad federal agencies, consulates and faith institutions, CHIRLA runs the EMPLEO (Employment, Education & Outreach) assistance line to provide Spanish-speaking workers the means to report wage theft, harassment and unsafe working conditions.  Workers are encouraged to get involved in CHIRLA’s organizing committees to remain active long after they have won their wage and hour claims. The toll-free EMPLEO hotline is 877-552-9832 (877-55-AYUDA)

The Los Angeles Raids Rapid Response Network is a collaborative effort between the community, faith, immigrant, labor, legal and LGBTQI organizations to protect, defend and serve the immigrant community of Los Angeles County from deportation. The RRRN was first established in 2006 as a response to mass raids in Los Angeles factories and textile centers. Today, the RRRN focuses on advocacy, direct action to shut down detention centers, and connecting immigrants facing detention and deportation to legal representation. 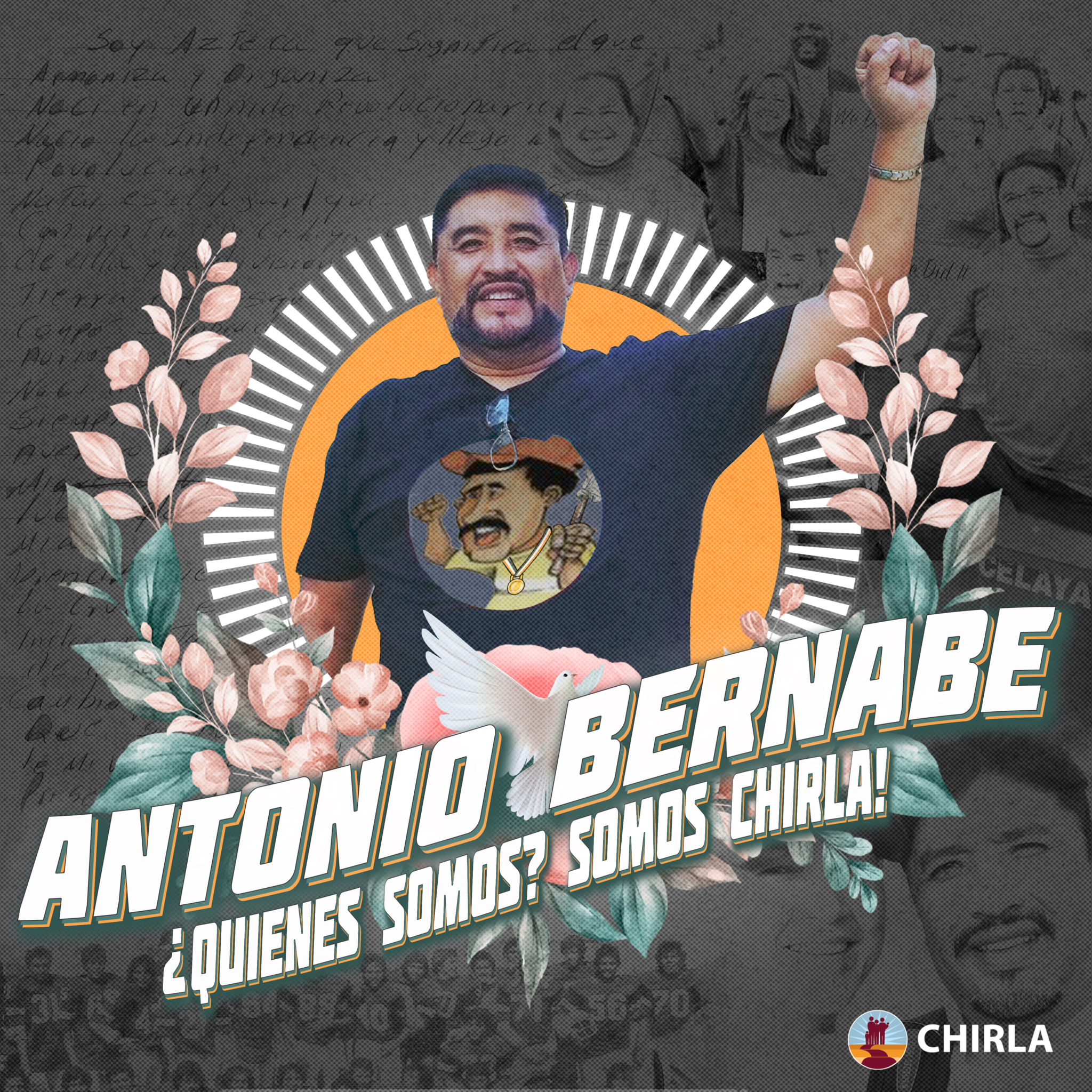 In Memory of Antonio (Tony) Bernabé

For more than two decades, Antonio “Tony” Bernabé fought for the rights of workers and immigrants like himself. When he arrived in Los Angeles in 1990, he began as a laborer. Almost immediately, he began to organize people. He reached out to hundreds of people: fellow laborers, domestic workers, legislators, families, allies in the movement. In 1997, Tony joined CHIRLA as an organizer and worked his way to organizing director.

As an immigrant, day laborer, and family man, Tony experienced the fight for immigrant rights in his bones. His life’s dream was to see inclusive and fair immigration reform become a reality in this country. On January 20, 2021, Tony took his last breaths as President Biden adopted measures to protect immigrants, including signing executive orders and introducing a new legalization bill.

To honor Tony's legacy, we ask you to donate to the Bernabé Family Fund

100 percent of donations go directly to the Bernabé family.