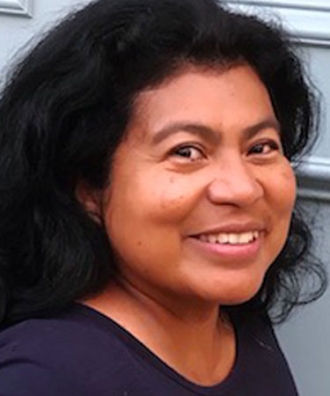 Dr. Hernandez, Ph.D. 2002 in Social Science/Anthropology, UC Irvine, is a professor in the Department of Anthropology. She is co-editor of the first anthology about 1.5 and second generation Centroamericanas/os and U.S. Central Americans entitled U.S. Central Americans: Reconstructing Memories, Struggles and Communities of Resistance (University of Arizona Press, 2017).

Dr. Hernandez was born in El Salvador and grew up in Los Angeles. Her current research and field interests center the stories of immigrants along the U.S.-Mexico-Central America migration and policy contexts.

She serves as board chair of directors of the Coalition for Humane Immigrant Rights (CHIRLA). 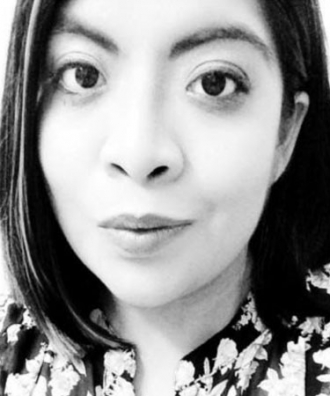 Over 10 years of experience, a life-learner committed to community transformation by improving the social-economic conditions of disadvantaged individuals and families. Through her expertise in community and economic development, she fosters the importance of building community power through wellness.

With an emphasis on immigration, education, and housing, Adriana developed and strengthened community engagement models focusing on leadership development. Ultimately, she has been part of local, state, and national impact through policy and philanthropy advocating for equity and integration of immigrant communities into a just and humane society. Adriana first engaged with CHIRLA as a CA Dream Network’s member back in 2008. 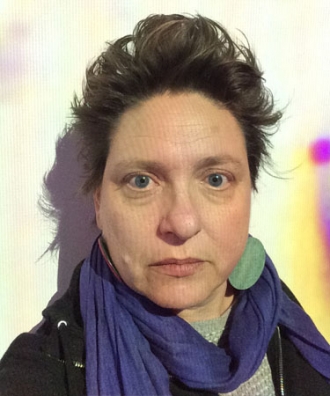 Alejandra Marchevsky was born in Argentina and raised in a bilingual, bicultural home on both coasts of the United States.  She holds a B.A. in English from UC Berkeley, and an M.A. and Ph.D. in American Culture from the University of Michigan.  Dr. Marchevsky has published widely on the subjects of Latina immigrants, poverty and social welfare, and globalization and immigrant labor in the Americas. Her book entitled, “Not Working: Latina Immigrants, Low-Wage Jobs, and the Failure of Welfare Reform” was published by New York University Press in 2006, and her writing appears in the Journal of American Studies, the Journal of Sociology and Social Work, and Contemporary Sociology. She is currently at work on two research projects: the first looks at the experiences of low-income single mothers in higher education; the second traces the history of the multi-racial welfare movement in Los Angeles during the 1960s and 1970s.

Dr Marchevsky has served on the Liberal Studies faculty since 1999, and also teaches courses in Women’s and Gender Studies, Latin American Studies, and the Honors College.  Her courses include: “The Myth of the Welfare Queen: Race, Gender and Poverty in the U.S.” (offered as LBS 454); “Gender, Sexuality and Migration” (WOMN/LAS/CHS 485); “Race and Rights in Los Angeles” (LBS 490); “Immigrant Labor in California”(LBS 490); and a forthcoming course on “The Politics of Motherhood” (WOMN/LAS 454).  Dr Marchevsky is a founding member of a national network of scholars and community organizers that seeks to expand educational opportunities for low-income mothers, and she also serves on the Faculty Advisory Board of the Dolores Huerta Labor Studies Center at the Los Angeles Community College District. 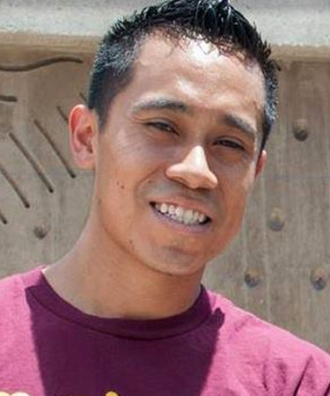 Felipe Escobar is the Director of Organizing at Pacoima Beautiful. In this capacity, he supports the community organizing team to work with and engage community members around environmental justice issues that impact the Northeast San Fernando Valley. Felipe is an immigrant from Guatemala and moved to the United States at a young age. His experience cleaning houses with his mom as a teenager gave him a perspective about the environmental injustices that communities of color face in the United States compared to what white communities experience. Felipe received a bachelor’s degree in political science from California State University, Northridge. Felipe’s main goal is to ensure that the voice of communities that are often left out is community decisions is heard. 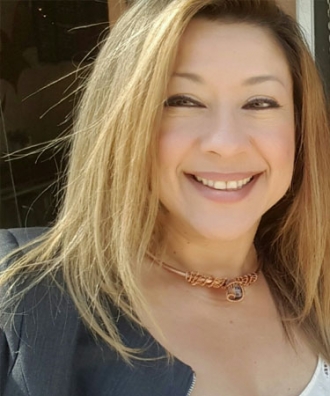 Liliana T. Pérez serves as the Cultural Affairs Director for the Los Angeles Chargers and is responsible for building strategic partnerships within California’s dynamic and versatile economic, cultural and social sectors. In this role, she is responsible for managing community engagement, especially with the Chargers’ valued neighbors. Among her priorities include driving cross-functional alignment of internal divisions to provide optimized benefits to sponsors and fans.

Prior to joining the Chargers, Ms. Pérez had made a career in public service holding senior leadership roles in the office of six Speakers of the California Assembly. After almost 25 years in government, she became an acknowledged expert in creating multisector coalitions to advance legislation in support of local economies and public policy addressing pressing social issues. She also cultivated meaningful relationships with key audiences including other branches of government, business owners, community stakeholders, national and international dignitaries, and more.

Ms. Pérez has been recognized for her advocacy work on behalf of marginalized populations including the LGBTQ community, immigrants, and women. Ms. Pérez remains passionate about social justice and civil rights causes and is active with numerous organizations. Her volunteer and philanthropic work includes serving on the Commission on the Status of Women for the City of Los Angeles and on the Los Angeles Unified School District’s Redistricting Commission.

A true Angelina and Tapatía proud of her immigrant roots by way of Guadalajara and raised in Pico-Union, Liliana enjoys the City’s culturally rich food offerings and social events as well as spending time with her mother, partner and rescue furry baby 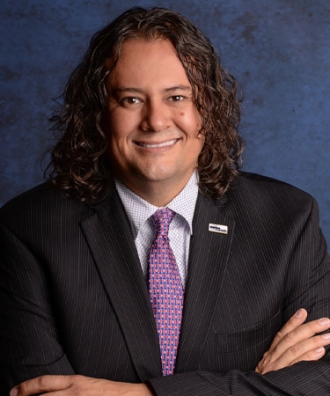 Rigoberto Valdez, Jr. currently serves the union in the capacity of Director of Organizing and Vice President of UFCW Local 770.  In his previous posts with the union he has organized workers in every sector the UFCW represents, including the historic victory at Smithfield foods in Tar Heel NC. In his tenure in the union he has brought together local unions, those in the civil rights, immigrant rights, and faith communities, and consumers to build a national network of support for workers to build a voice on the job.

For more than 20 years, Rigo has dedicated his life and career to organizing workers. He began his work in the labor movement as an organizer for SEIU in San Francisco, Calif where he worked on a Justice for Janitors campaign.

The son of immigrant farm workers from Indio, Ca, he has dedicated himself to help organize and build the movement for immigration rights. His most exciting achievement was building a successful coalition of organizations to support the Immigrant Workers Freedom Ride 2003 bus ride from San Francisco and the rest of the country to New York City to call attention to the plight of immigrants working in the shadows. 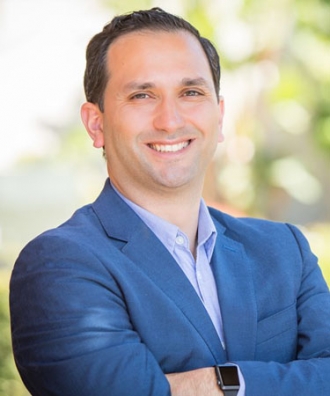 Sam Jammal is a regulatory attorney and policy advocate based in Los Angeles. He focuses on navigating regulatory environments for early growth companies seeking to bring innovative technologies into the market. Sam currently works as Senior Director of Regulatory Affairs and Counsel for a smart cities transportation advertising start-up. He spent several years working in clean energy and transportation sectors at leading solar and electric vehicle companies. In these roles, Sam worked with government officials and stakeholders to drive the adoption of new technology.

Before entering the private sector, Sam held senior roles in government as a Chief of Staff in the United States House of Representatives, Legislative Counsel in the United States Senate and as a former Obama Administration official at the United States Department of Commerce. Sam began his career as a civil rights attorney at the Mexican American Legal Defense and Educational Fund (MALDEF). During the 2018 primary election, Sam was a candidate for Congress in California’s 39th congressional district. In addition to serving on the board of CHIRLA, Sam serves on the boards of Grid Alternatives Los Angeles and Voices for Progress. 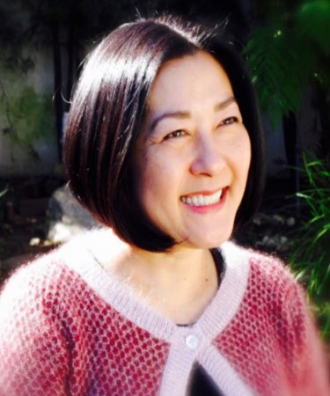 On a limited basis, Taryn also supports and/or manages special projects, including: an intergenerational early education and workforce conference for Generation to Generation Los Angeles; the national launch of LAUP/Child360’s Clinton Global Initiative Commitment, Take Time. Talk!; a capital campaign for the renovation of the Classics library at Brooklyn College; Riordan Programs 30th Anniversary Gala; and an online fundraising series for national members of the Moving Forward Network. She currently serves on the Coalition for Humane Immigrant Rights (CHIRLA) Board of Directors.

Previously, Taryn Fordes served as Deputy Director of Change Initiatives and Director of Foundation and Corporate Relations for the Liberty Hill Foundation, Director of Foundation and Corporate Relations for the Fulfillment Fund, and Director of Program Development for the American Lung Association of Los Angeles County (now Breathe LA). A veteran of the corporate world, she began her nonprofit career with the former Public Broadcasting Service (PBS) West Coast flagship station, KCET. A native Angeleno and product of the Los Angeles Unified School District, Taryn graduated Phi Beta Kappa, summa cum laude from UCLA, where she also received her Master of Arts degree in history.

In Memoriam of Alma Salazar 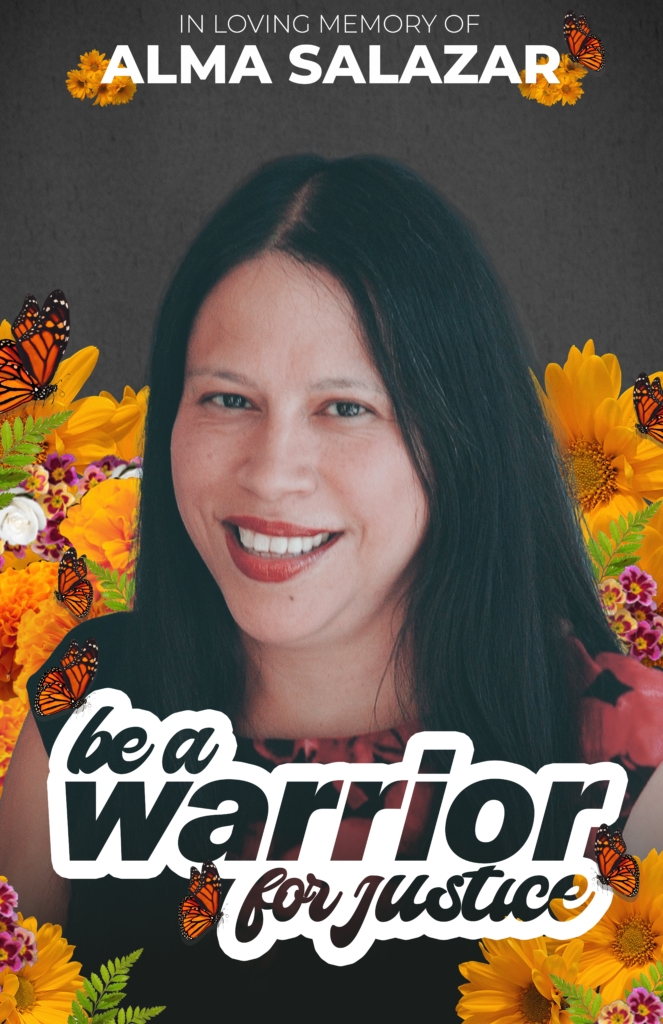