For the past year, the Yes to Immigrants Forward campaign has worked to include a path to citizenship for 11 million undocumented immigrants in legislation that looked likely to pass in Congress. In CHIRLA’s 35th year of existence, we resolved to make this the year for broad legalization that could bring people out of the shadows who powered this country’s economy for decades.

The bills that emerged as likely to pass in a deeply divided Congress were those related to the budget: the Bipartisan Infrastructure Bill and the more expansive Build Back Better package.

CHIRLA supported inclusion in the Build Back Better Act of a measure called a registry update, which allows as many as 8 million immigrants to apply for permanent residency.

The registry, which has existed for more than a century, lets immigrants that arrived before a designated date apply for permanent residency. As time passed, it required and received updates. The last registry update occurred in 1986, and it moved the registry to Jan. 1, 1972.

Current immigration relief in Build Back Better allows only temporary work permits, renewable once. We believe an update to the registry, to Jan. 1, 2010 or later, is overdue and fair. To that end, started a petition that gathered 10,000 signatures, we marched, fasted, took over the streets, got arrested, conducted car caravans, hosted vigils and met with our representatives time and again.

This nation cannot Build Back Better without immigrants. They must be part of this plan. Democratic leaders must secure a path to citizenship for the essential undocumented people who kept the country running through a once-in-a-century pandemic. Immigrants have said YES to this country time and time again. This is the year that Congress must say YES back: #YEStoCitizenship.

The registry has existed for nearly a century but was last updated in the Reagan era. An update through HR 8433: Renewing Immigration Provisions of the Immigration Act of 1929 could normalize the system and let at least 8 million people who contributed for years to this country come out of the shadows.

Setting a new registry date requires no new legislation and lets undocumented residents integrate into the nation they have been part of sometimes for decades. If we move it closer to 2022, we begin to calm the strife over immigration 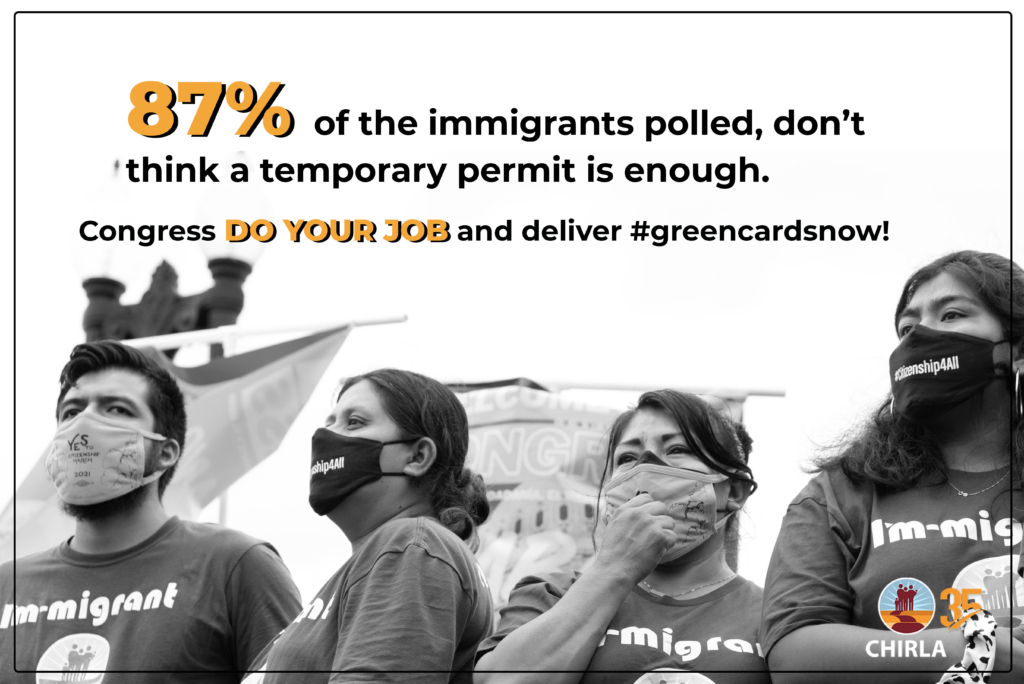 CHIRLA released the results of a poll conducted among 1,314 undocumented immigrants about the next steps towards a path to citizenship.  The poll results overwhelmingly speak to the demand from immigrant communities that Congress must deliver on its promise to win a path to citizenship for as many as possibly by all means available.  Such a path, respondents said, begins with green cards, not temporary solutions.   The paths ahead for Congressional leaders can still make it possible for the Biden Administration to deliver on a major promise and do right for immigrants. 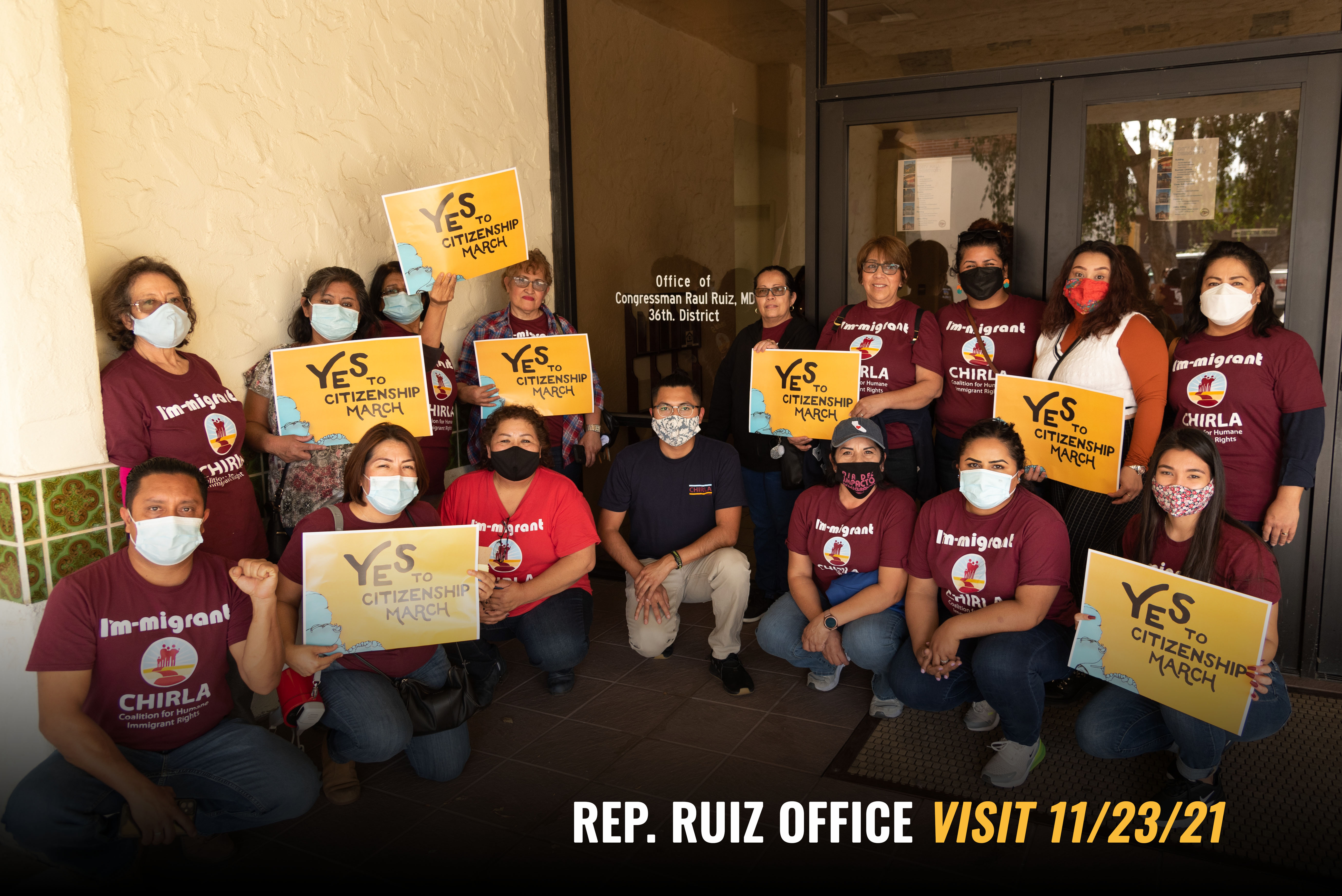 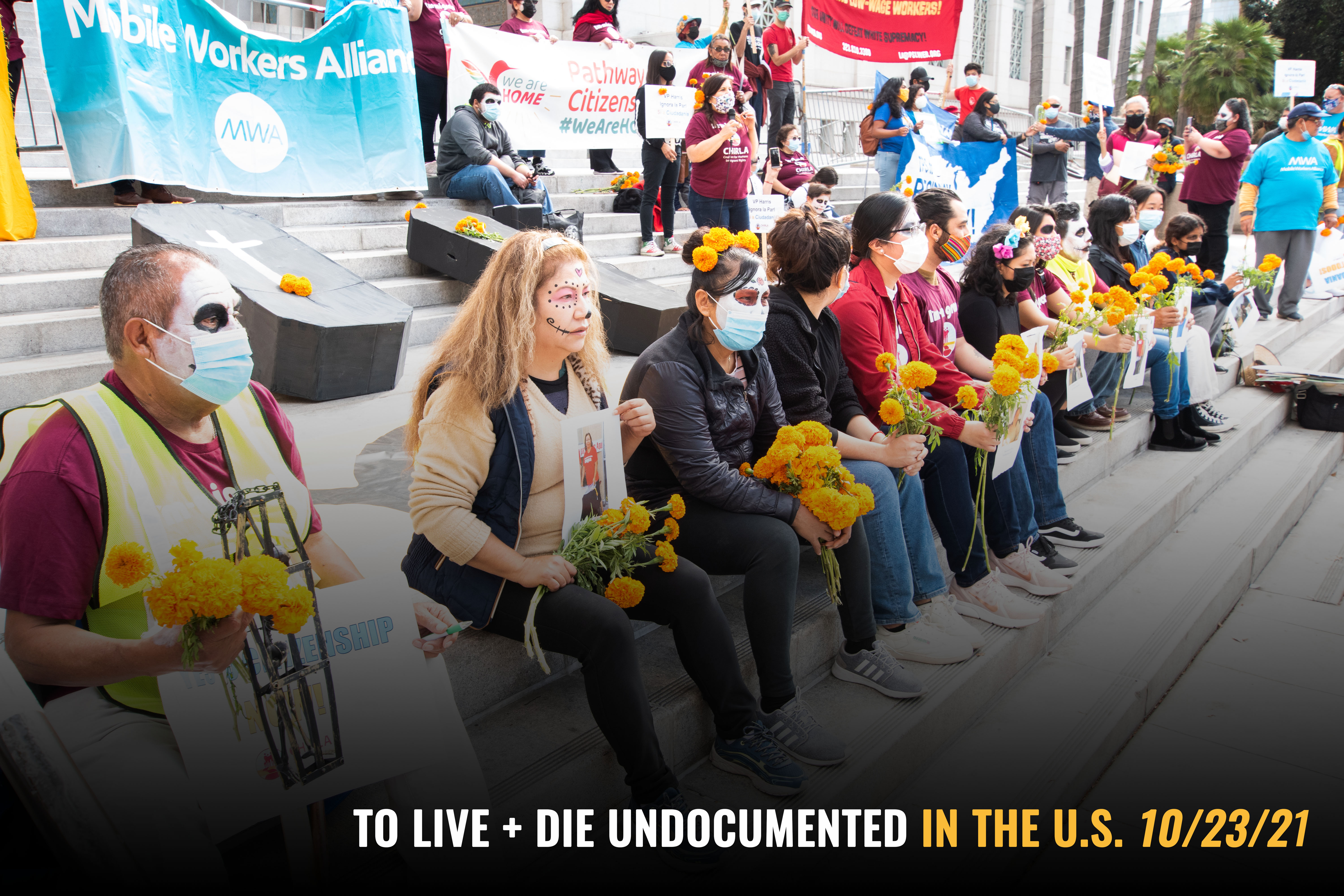 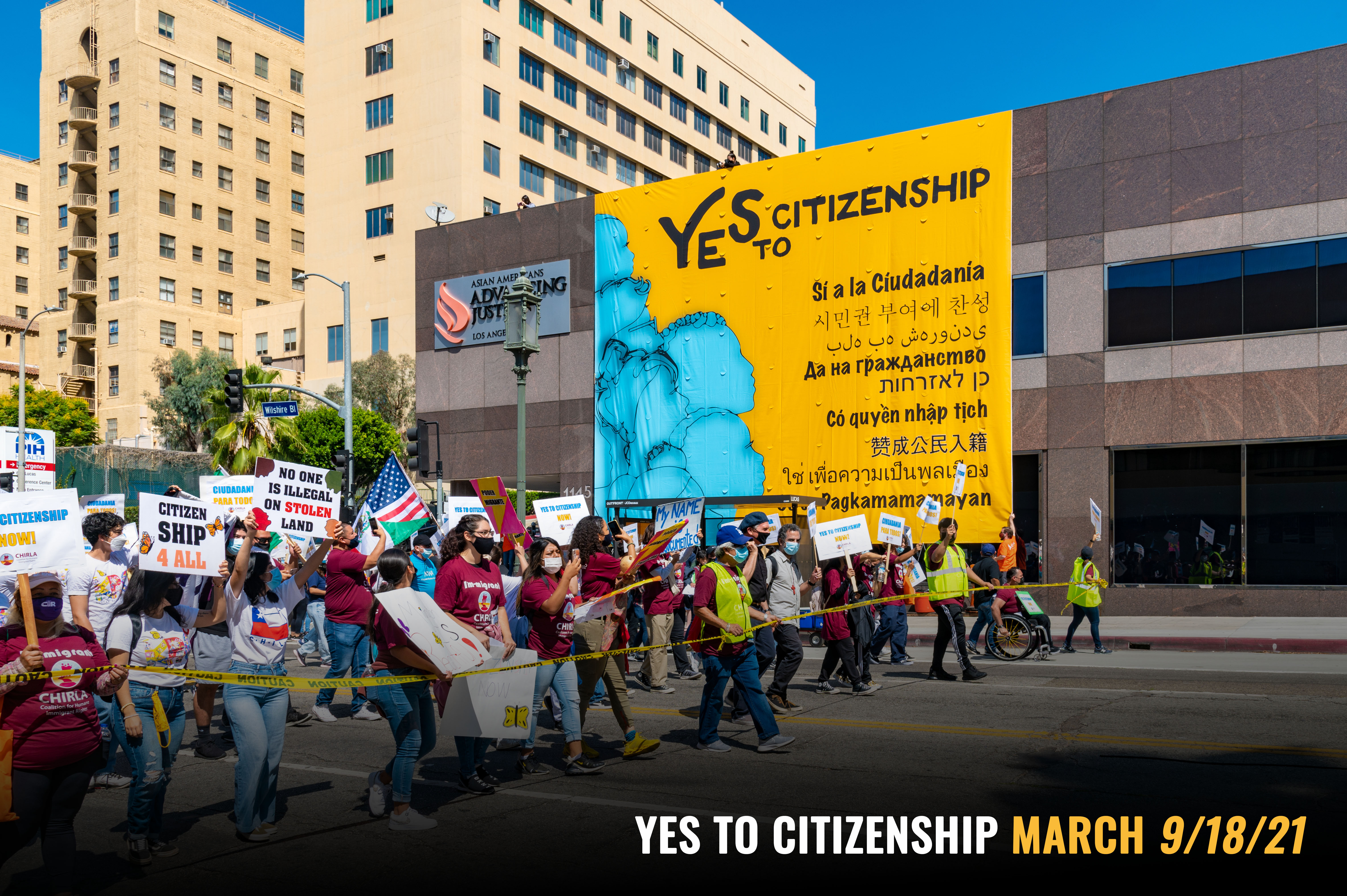 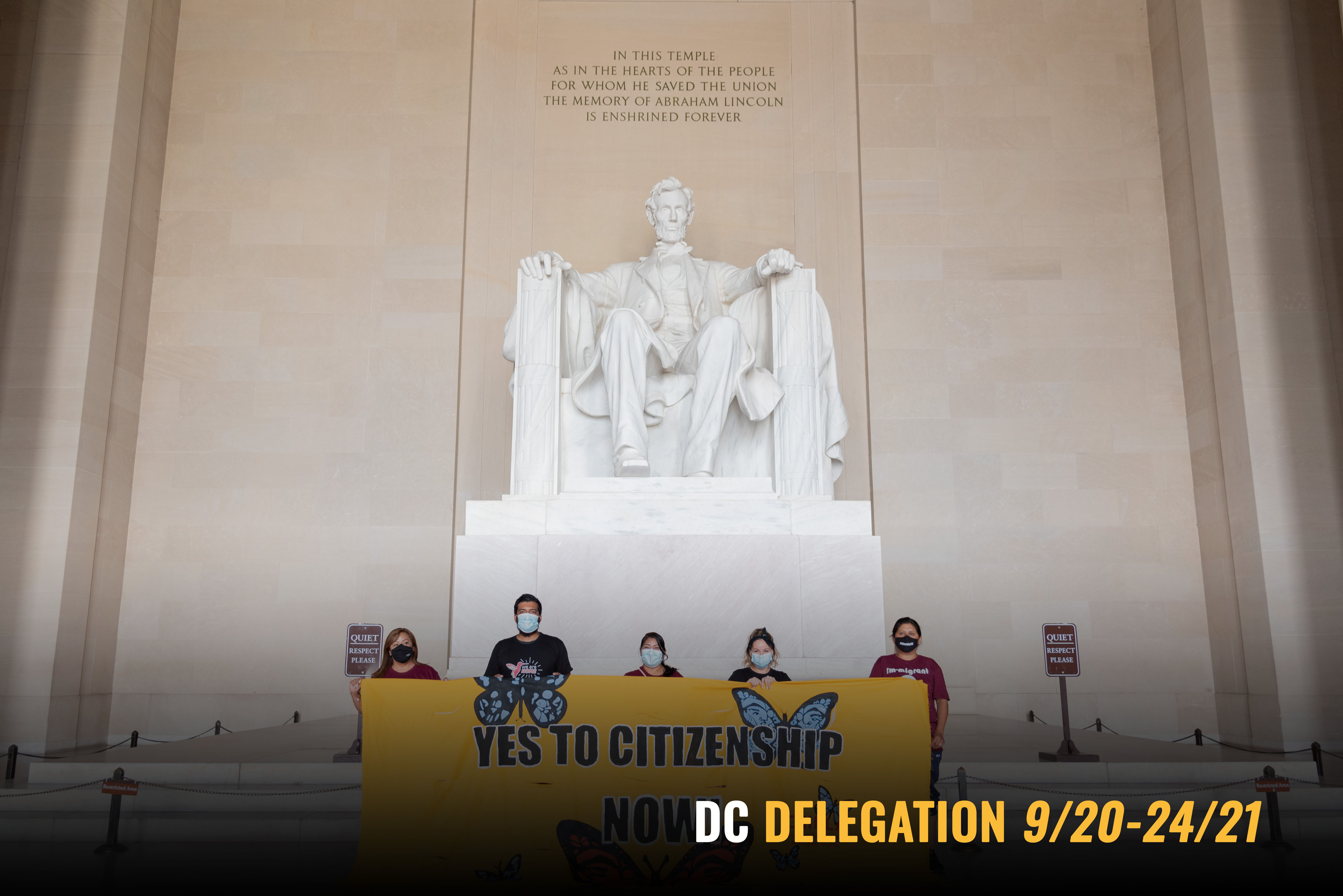 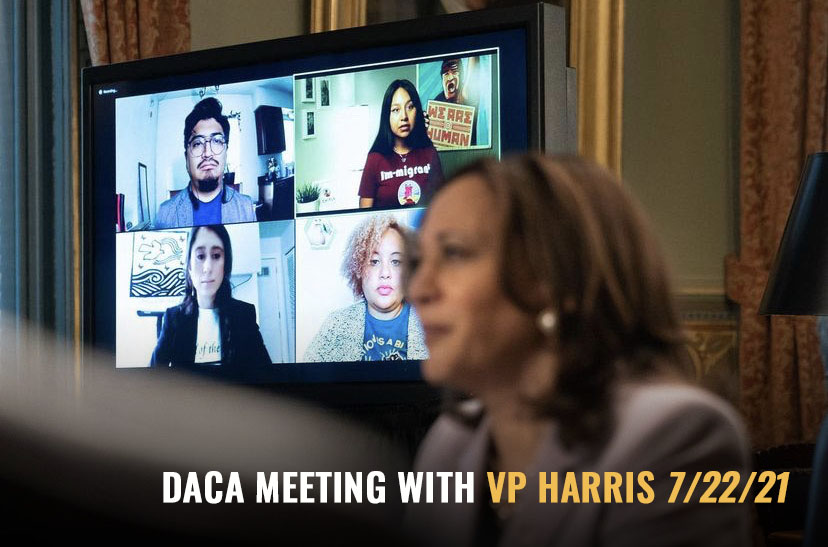 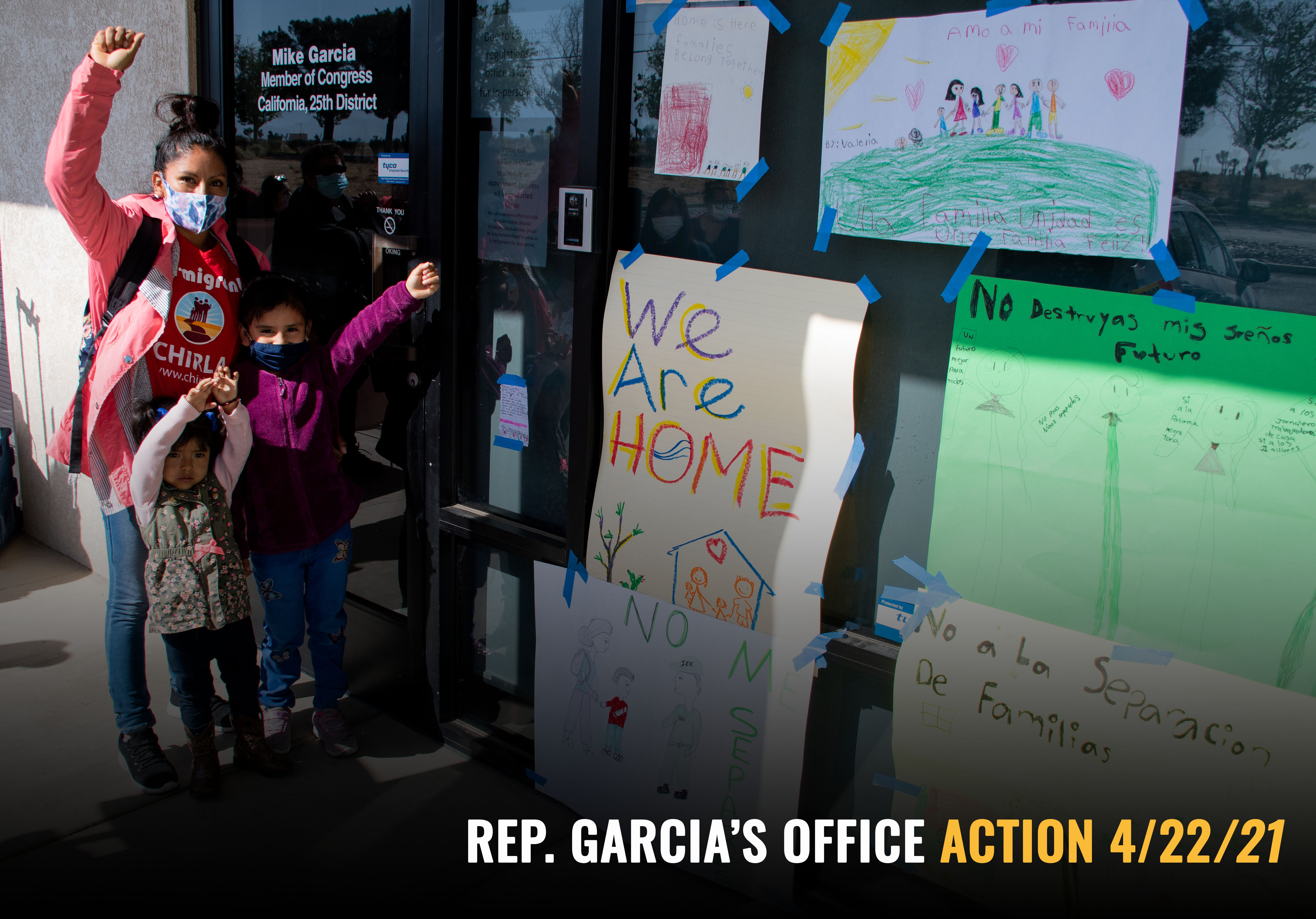 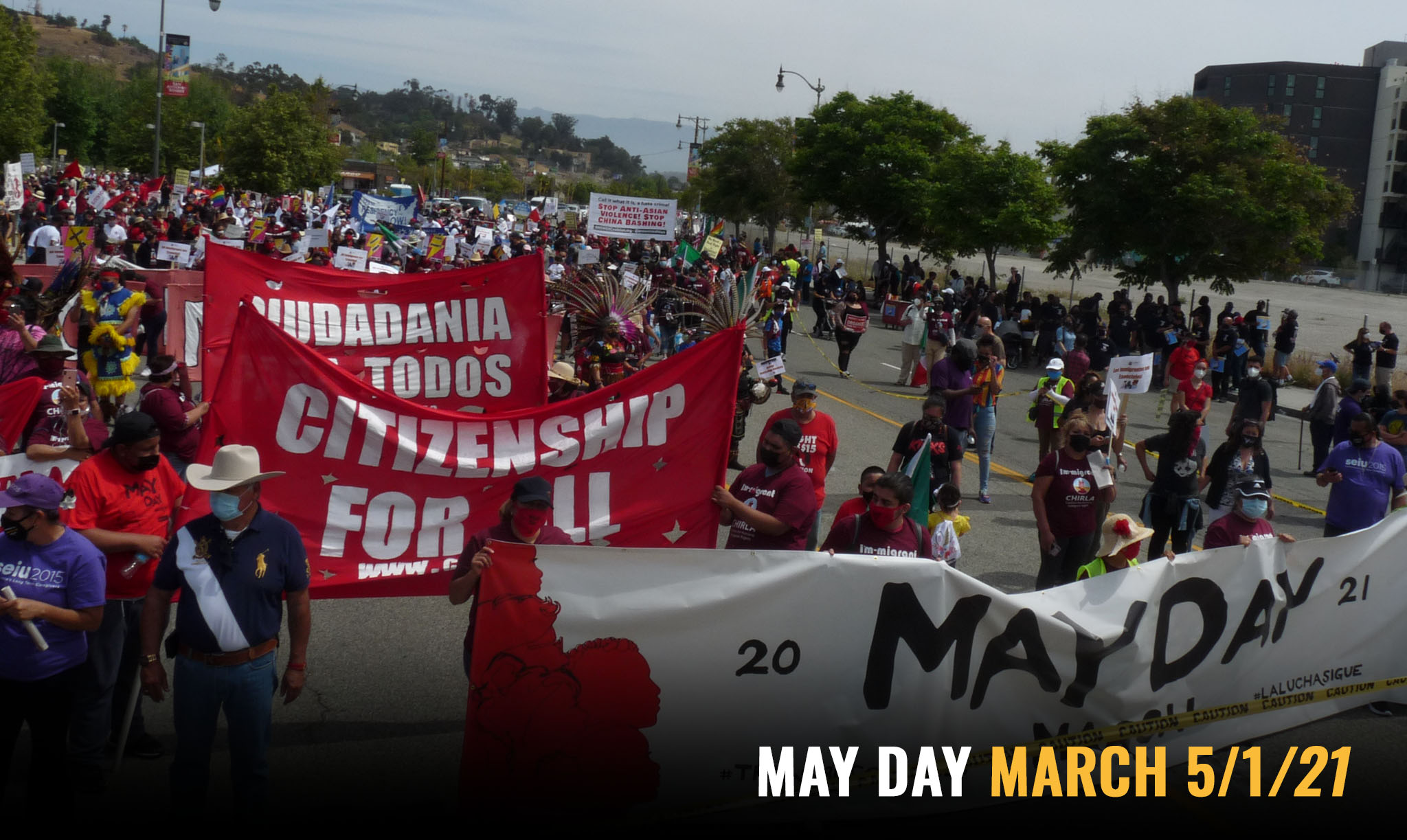 Join Us to say Yes to immigrants

Our constituency is made up of CHIRLA members, volunteers, and partners. They make YES to Immigrants possible. Join us.

Get Involved
Donate
Become a Member

Across the country, immigrants have been organizing and speaking up about their dreams for the day when finally this country recognizes them as the Americans they already are. CHIRLA members and their allies are now calling on the Senate to pass the access to permanent residency that the House failed to add to #BuildBack Better. 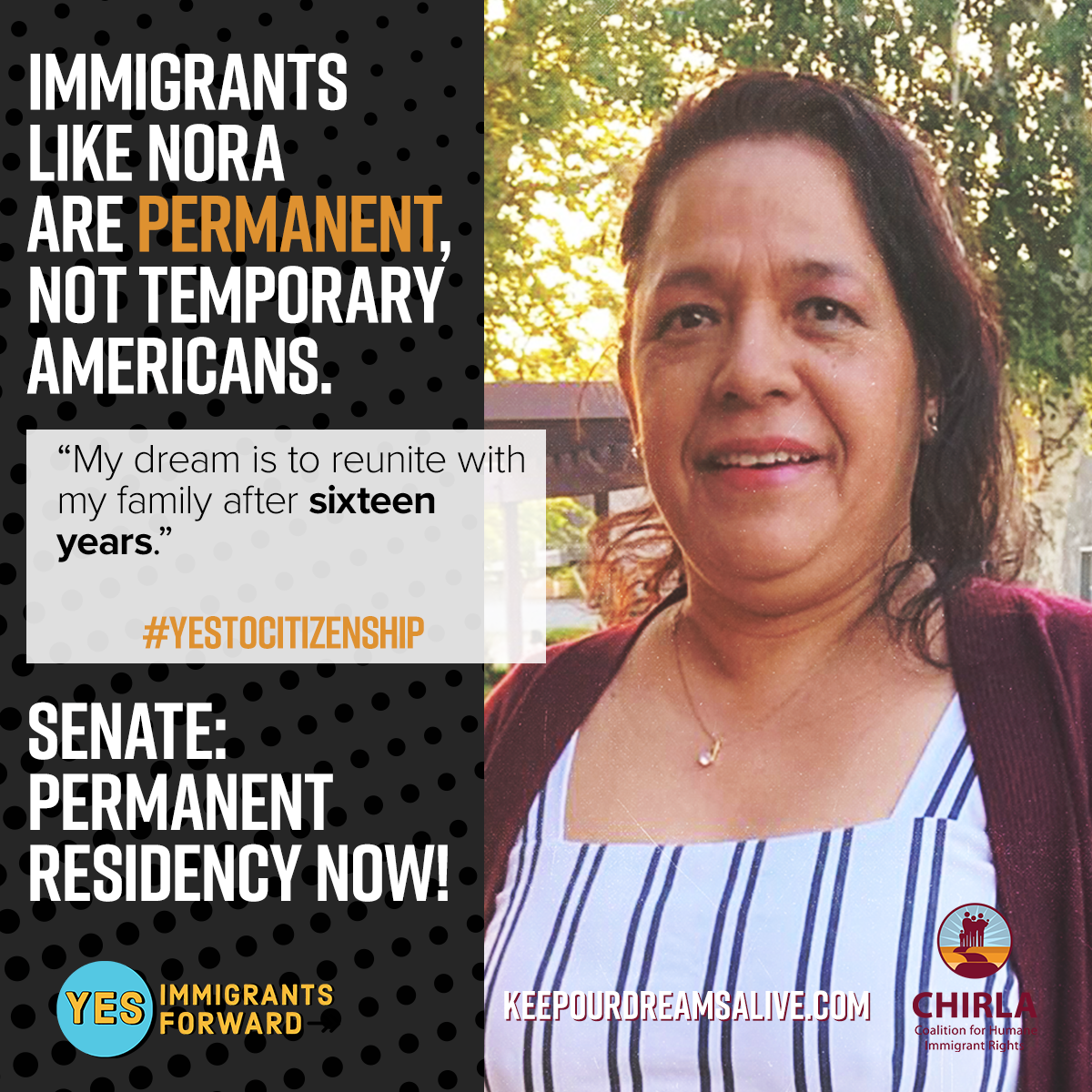 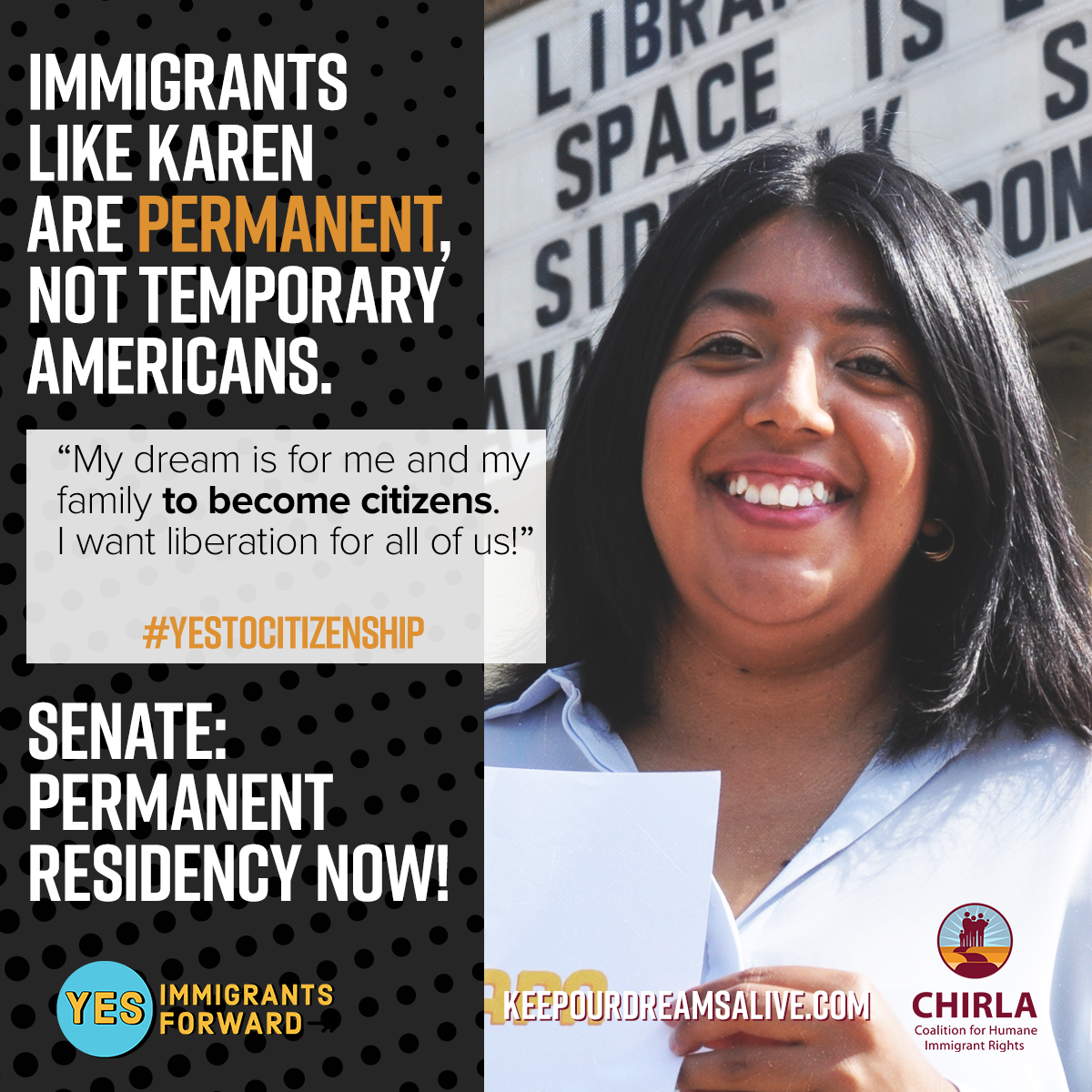 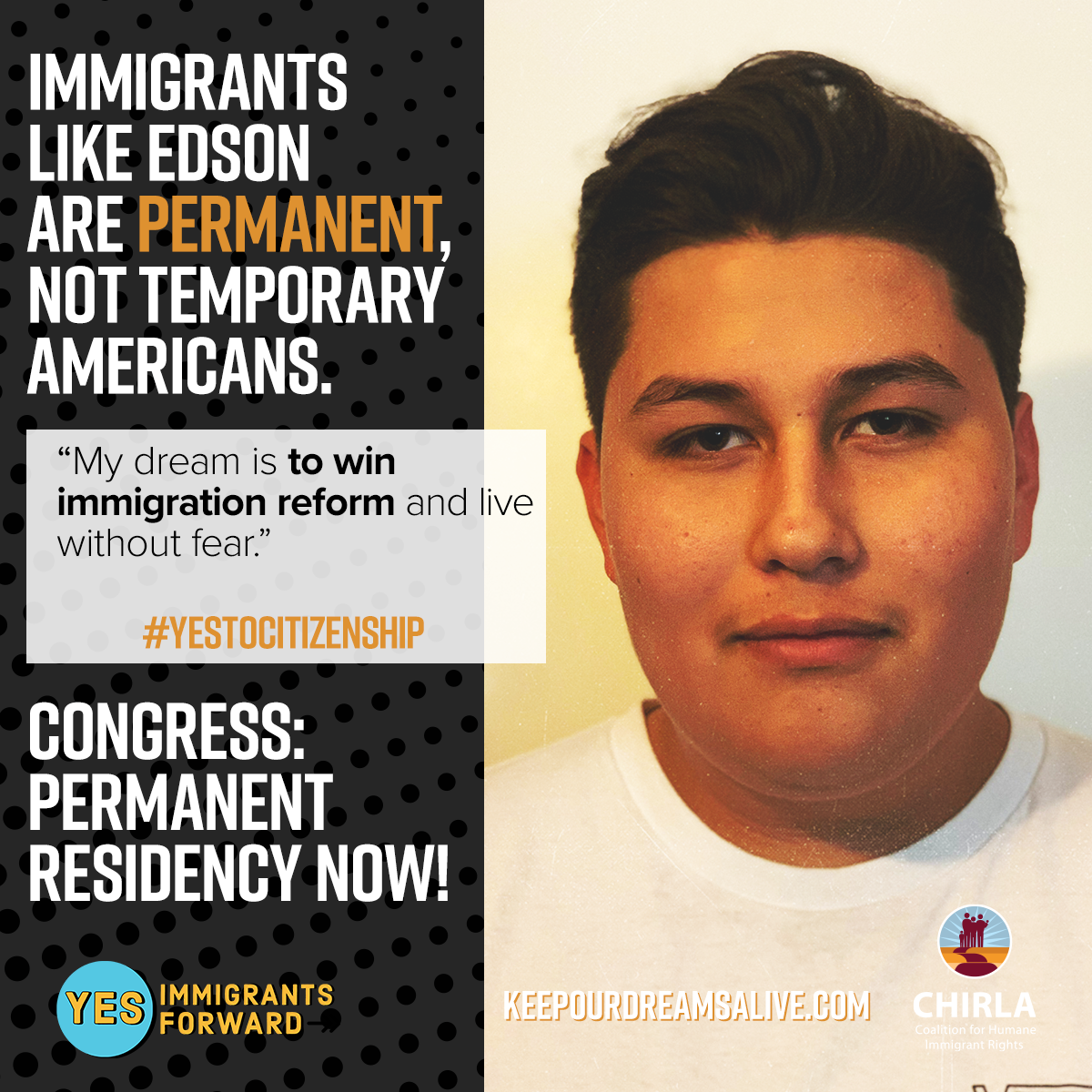 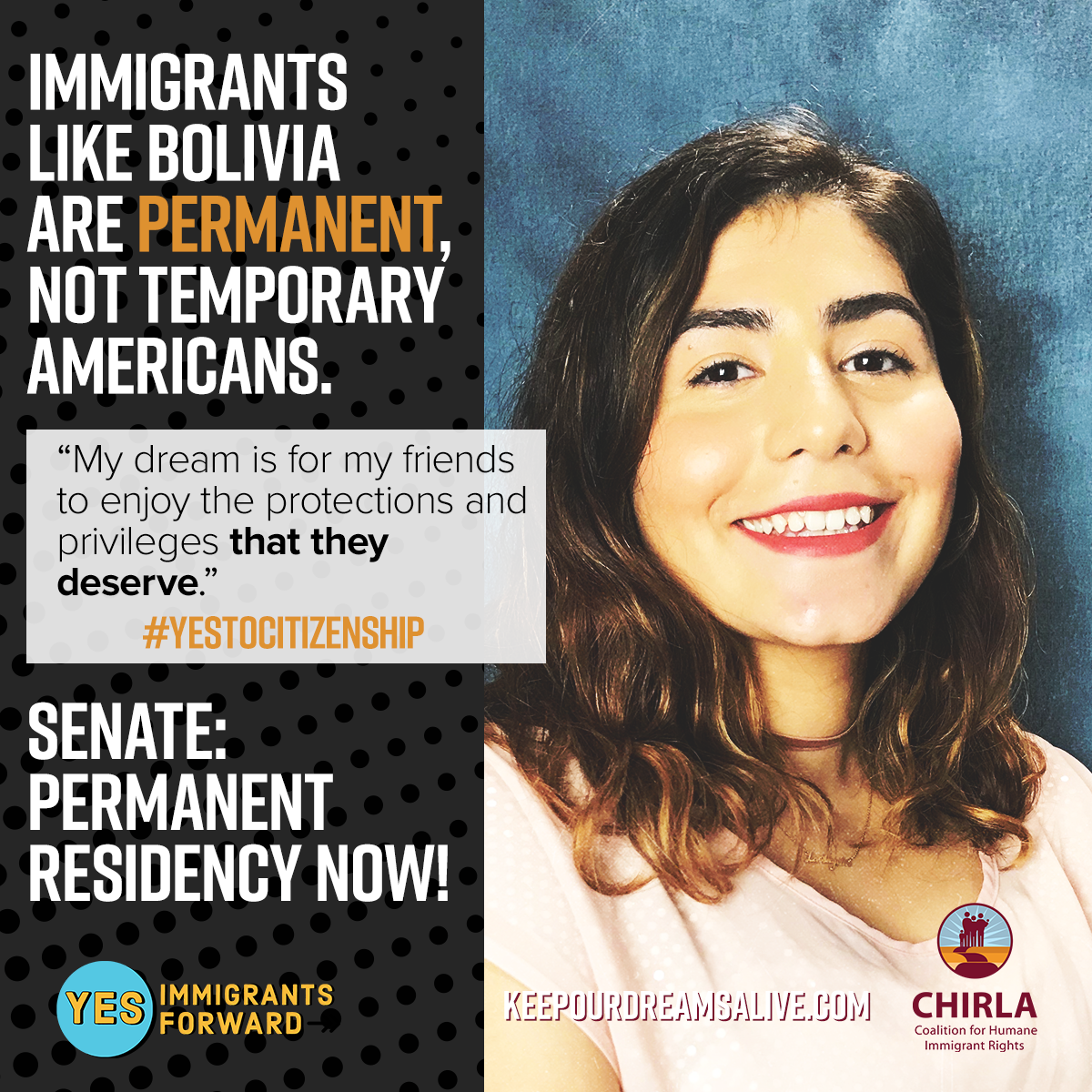 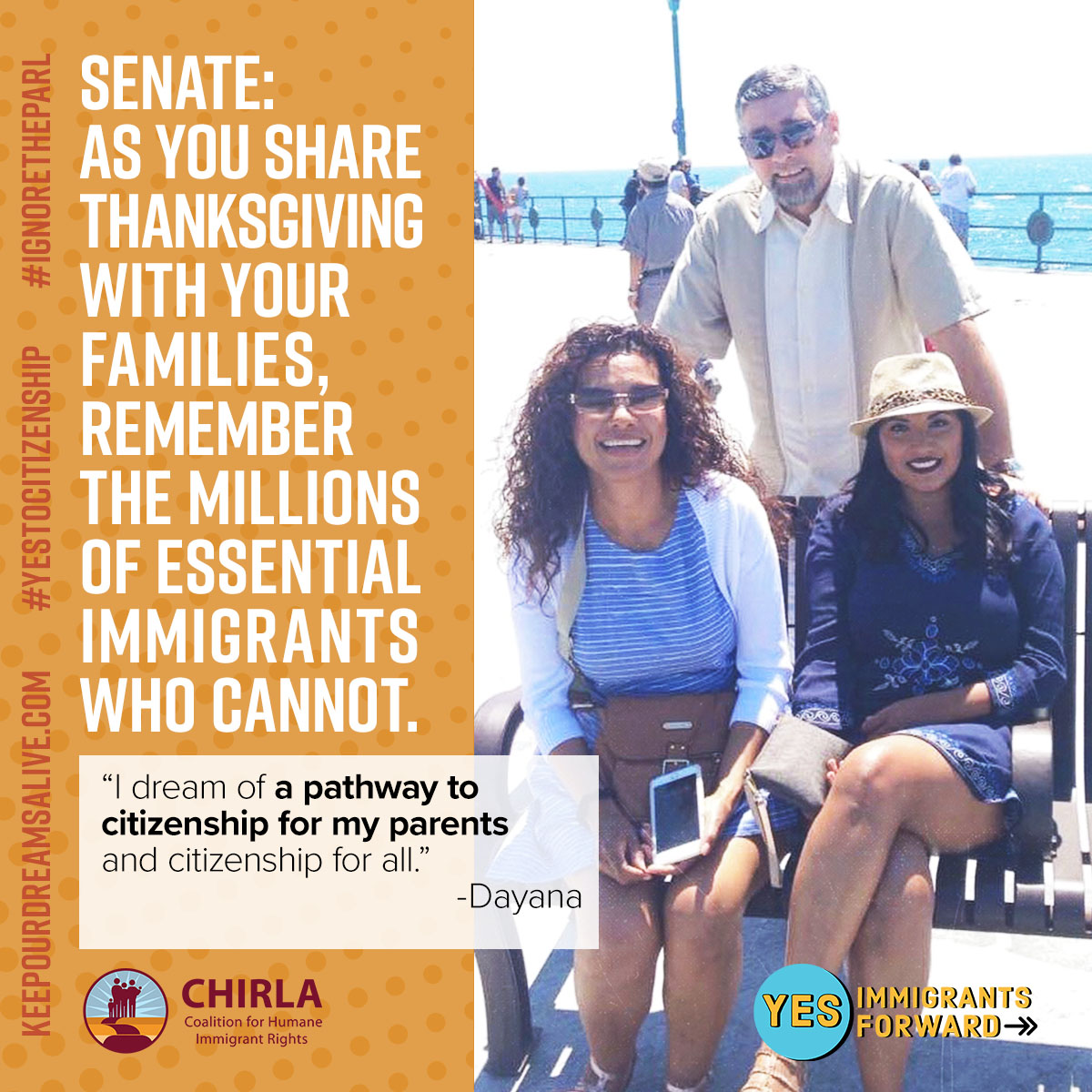 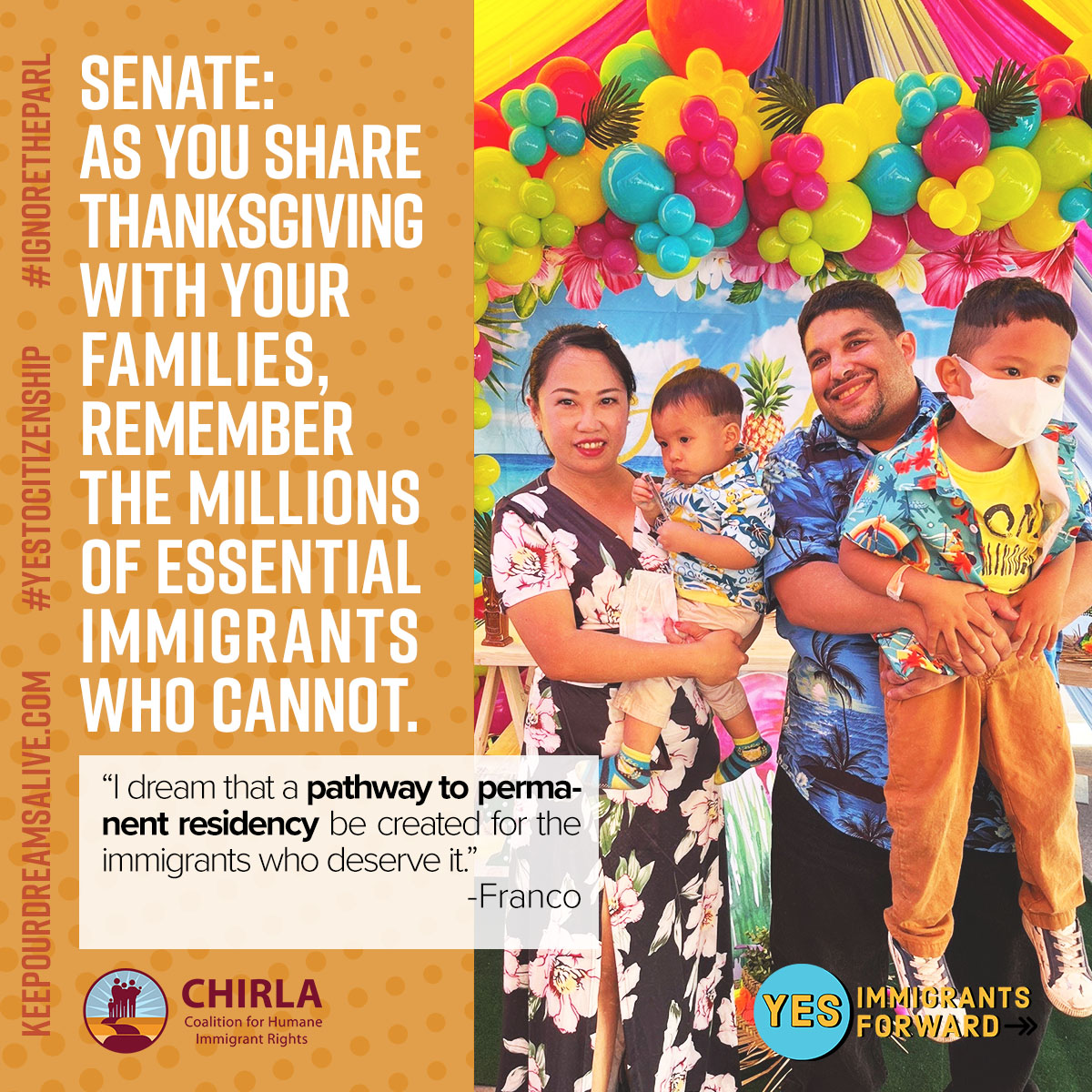 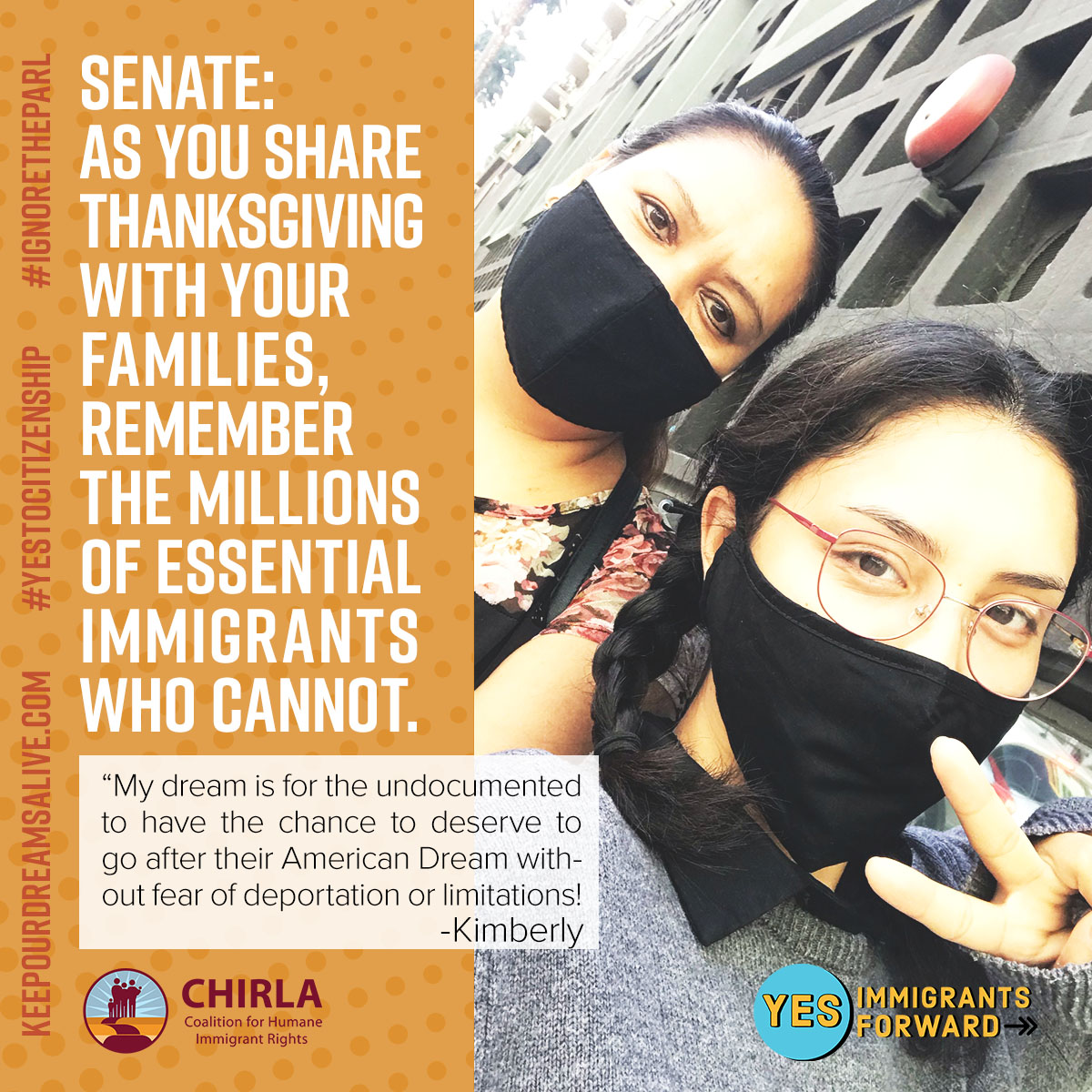 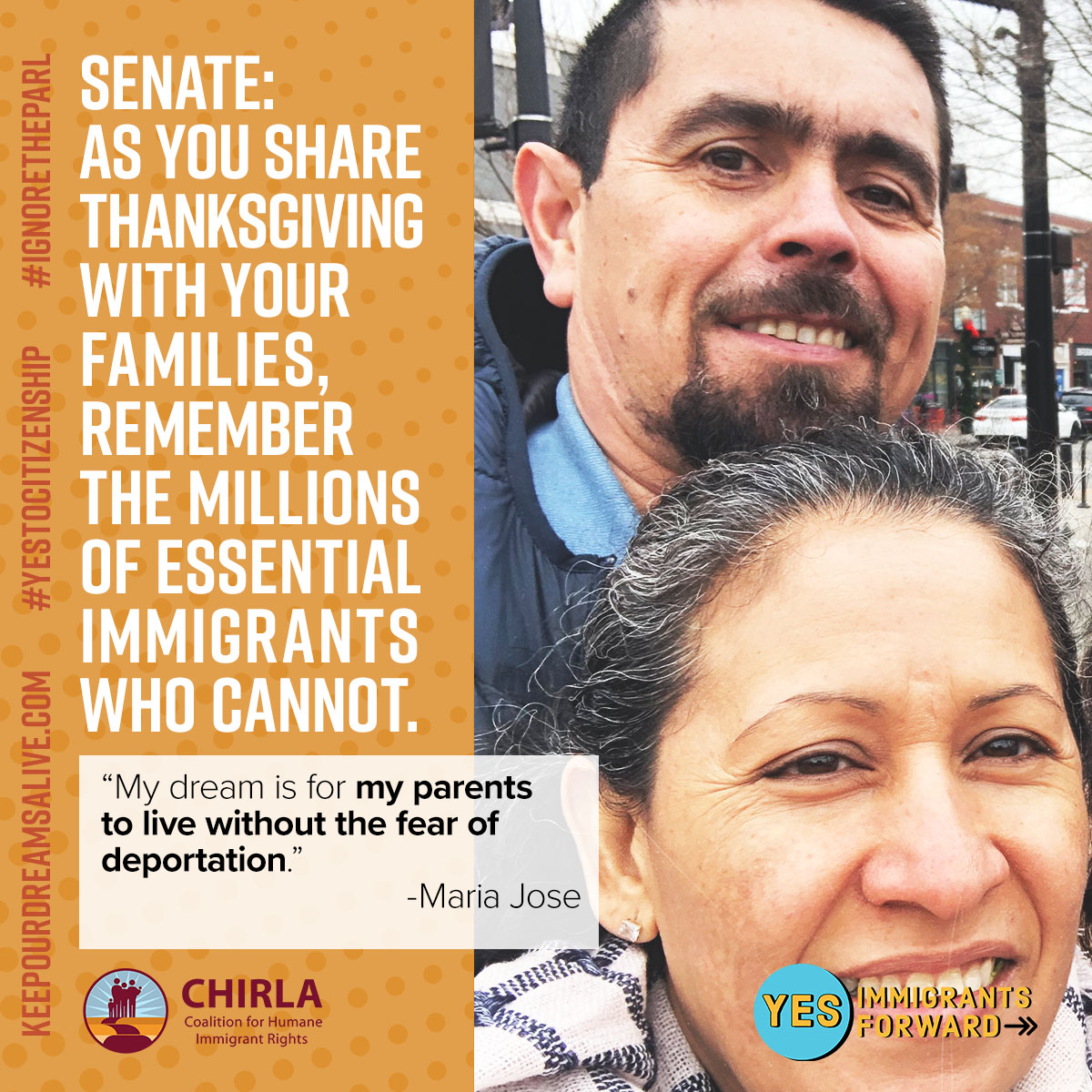 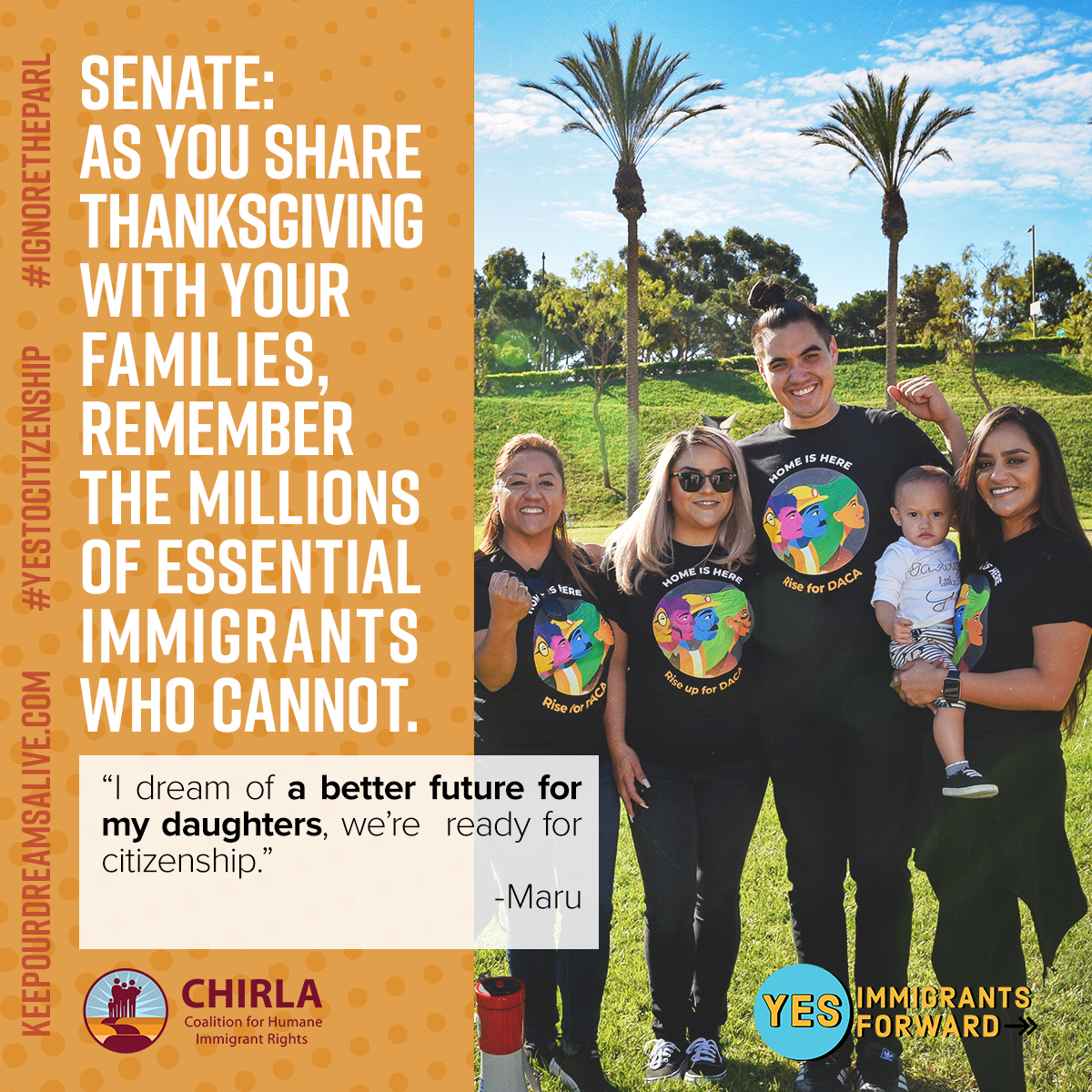 At its best, our immigrant rights movement is a mosaic of people's stories. When we tell these stories, we forge a new kind of history, one that mirrors the inclusive, just society we want to live in. These are the stories of the everyday immigrant heroes who validate this country's ideals and, in a very practical way, keep it running, even if they themselves stay in the background.

With 100 Stories in 100 Days, we bring these stories forward, to celebrate immigrants' contributions and existence, and to show the Congress and President Biden whose future they have in their hands as they craft an immigration reform plan.